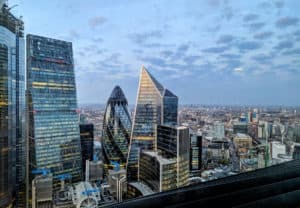 The head of European cash trading at UBS has departed to join BTIG to lead the agency brokerage’s institutional equities trading business.

Hugo Clark has been appointed managing director and head of European trading and distribution based in BTIG’s London office and reporting to Luke Hodges, head of equities and chief operating officer.

Clark joins BTIG from UBS where he previously oversaw European cash trading after joining the Swiss investment bank in early 2016. Prior to UBS, Clark worked at Goldman Sachs as head of execution trading for developed and emerging markets. He began his career at Credit Suisse in mid-cap, large-cap, and emerging markets trading.

“We are very pleased to have Hugo join our leadership team in London,” said Christopher Rollins, CEO of BTIG Limited. “Given his considerable trading expertise across developed and emerging markets in Europe, we expect him to help expand our global product offering in the region.”

BTIG added that over the past 18 months, the brokerage has made efforts to expand its European footprint after doubling its workforce across its offices in London, Edinburgh, Stockholm, and Oslo.

The firm opened an affiliate office in Oslo, Norway in June. The new office became BTIG’s fourth affiliate location in Europe and 18th location globally. BTIG said at the time it is looking to offer more diverse capabilities in the region through a high-touch client service model.

Clark is the latest senior appointment for the equities division at BTIG after head of the business and operating chief, Hodges, joined the firm earlier this year. Hodges had previously spent 17 years with Goldman Sachs where he ran various trading operations, including portfolio trading, ETF trading, listed derivatives, and electronic trading.