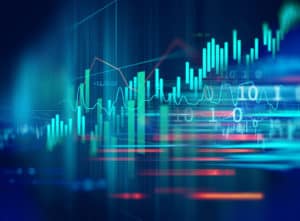 Executive director and head of execution services sales at US investment bank Morgan Stanley is set to depart to take on a leadership role at Virtu Financial in Asia.

Jessica Morrison has been appointed co-head of Virtu-ITG for Asia Pacific and head of execution services for the region. She will join Virtu Financial in June this year after almost three years with Morgan Stanley.

Prior to Morgan Stanley, Morrison spent more than eight years with Deutsche Bank as head of APAC market structure and commission management services.

“Jessica brings a unique set of skills to the team and is highly respected by clients globally and regarded as an industry expert in market microstructure and electronic trading,” said Steve Cavoli, global head of Virtu execution services. “I have no doubt she will contribute immediate value to the team as we continue to expand our execution services, workflow, and analytics offerings across the globe and serve our clients’ needs.”

Virtu Financial has been integrating and updating its execution services since its $1 billion acquisition of agency broker ITG in March. Speaking to The TRADE in January, Virtu Financial said it had finalised major changes to ITG’s block indications network system, POSIT Alert, in Europe. The firm has sped up the POSIT Alert system and shifted to bilateral matching.

Elsewhere, Virtu is readying the launch of its member-owned US equities exchange MEMX. Founded by Virtu alongside various major institutions, the upcoming exchange will launch in July this year as a more transparent and low-cost trading venue. Last month, Goldman Sachs, JP Morgan and Jane Street confirmed they would back the venture as investors.

Morrison’s departure from Morgan Stanley is the latest senior departure for the US investment bank. Earlier this week, Goldman Sachs confirmed it had hired the bank’s equity sales trading head for Germany and Switzerland as a managing director.