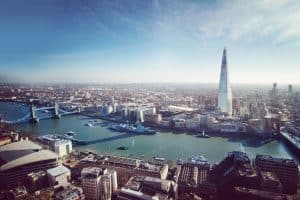 The UK’s financial watchdog has unveiled transformation plans to become a more data-driven regulator alongside the Bank of England.

The new data strategy will see the Financial Conduct Authority’s (FCA) use of advanced analytics and automation technologies increase as it looks to improve its efficiency in predicting, monitoring and responding to market issues.

As well as new investment in technology and use of external data, the FCA said it will establish a data science division for select departments to grow its data science resources in order to make it a core capability.

“Advances in technology are changing the nature of the firms and markets we regulate. Our data strategy provides a clear path for us to ensure we have the necessary skills and processes in place to remain at the forefront of this change,” said Christopher Woolard, executive director of strategy and competition at the FCA.

“In keeping with our mission, a data-driven approach to regulation allows us to anticipate harms before they crystallise, better understand the effect on consumers of changing business models and to regulate an increasing number of firms efficiently and effectively.”

The Bank of England published a discussion paper on the transformation plans with the FCA, marking the first steps of a review following a report from banking veteran and advisor to Mark Carney, Huw van Steenis, which stated the institution needed a new digital strategy.

Last month, the Bank of England confirmed that Andrew Bailey, the chief executive of the FCA, would replace Mark Carney as the Governor of the institution. Carney will complete his term in March, after taking on the role in July 2013.

Elsewhere, a viability assessment report has also been released by the FCA, the Bank of England and other regulatory authorities on a digital regulatory reporting (DRR) pilot, which aims to automate data collection from firms. The review concluded that “small, incremental steps” would be the most efficient way to pursue the DRR project.