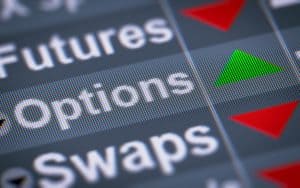 Gareth Roberts has joined the global financial brokerage business of ED&F Man Group in London as its new head of clearing strategy, and joins its institutional sales team.

Roberts was formerly an executive director for JP Morgan’s listed derivatives and OTC clearing sales business for 15 years. Prior to joining the US bank in 2005, he was the head of sales at GNI, which during the 1990s was the largest futures broker in the world before it was acquired by Man Group.

His appointment is the first under Terry Hollingsworth, who was appointed head of institutional sales for listed derivatives in September last year. Prior to ED&F Man, Hollingsworth was the global head of futures, clearing and collateral client executives at Citi. He also served in number of senior roles with the US bank, including EMEA head of exchange traded derivatives (ETD) clearing, and EMEA head of ETD and OTC clearing solutions.

ED&F Man are among the larger-sized brokers that have not felt the effects of tough post-financial crisis regulation, such as MiFID II and Dodd Frank. Last year, it became one of the first non-bank brokers to join DTCC’s sponsored repo clearing service. ED&F Man’s Middle Eastern-based arm also joined CurveGlobal, the interest rate futures exchange operated by the London Stock Exchange, as a trading member.