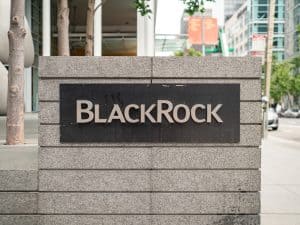 The global head of fixed income trading at BlackRock has backed its relationships with sell-side institutions as meaningful and still relevant in today’s market.

Speaking at the Fixed Income Leaders Summit US 2019 in Philadelphia, Dan Veiner told delegates during a keynote session that in terms of liquidity provision, balance sheet, risk transformation and executing larger trades, banks remain a key part of the process.

“The sell-side is still extremely relevant to us. Banks are crucial liquidity providers and partners, and I know there has been this controversial fear tactic-type conversation about the inter-dealer market opening up, and the idea that we could just connect right into an exchange, but we don’t because the banks offer more than just liquidity provision,” Veiner said.

“We consider our key liquidity providers as partners. We use them for balance sheet, research, risk transformation and for block liquidity, which is an important part of what we do… BlackRock is very strategic about who we use for those partnerships, as well as the non-traditional providers we work with, but ultimately the sell-side is still extremely meaningful to us.”

Veiner added that BlackRock’s relationships with trading venues and platforms have also become increasingly important for accessing liquidity and the firm’s ability to scale. He also said that the auto-ex protocol has become extremely important to BlackRock, with more than 50% of fixed income tickets processes using the protocol.

Also on the panel was the deputy head of global fixed income and commodities at hedge fund Millennium Management, Rich Mazzella, who agreed with Veiner’s comments about sell-side relationships, adding that those relationships have evolved to become even more critical for buy-side houses looking to keep on top of new trading protocols and platforms.

“I wouldn’t say [relationships] have improved, but I’d say they have changed,” Mazzella said. “Major banks and dealers are now our partners and those partnerships have evolved. Sell-side firms like Morgan Stanley have done well at leveraging the concepts and ideas in equities, and have started to apply them to liquid instruments in fixed income. We rely on banks like Morgan Stanley to tell us what they’re doing, so that we can then leverage that.” 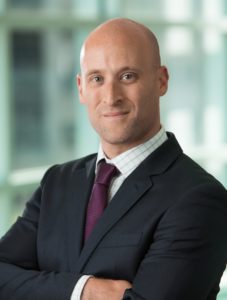 Morgan Stanley’s executive director for fixed income electronic trading sales, Matt Grainger, added that instead of technology coming between the buy- and sell-side, those partnerships have instead become more efficient, and his team is constantly and actively seeking solutions for the challenges raised by the banks buy-side clients.

“The protocols that have arisen and the ways in which we communicate and exchange conversations have become more fluid so that we can have real substance conversations about investment,” Grainger said. “We are constantly looking for folks to come in and provide us with new ideas… we want to be problem solvers for our clients, and there are so many ways in which we can do that.”

For The TRADE’s recent interview with BlackRock’s Veiner conducted ahead of the Fixed Income Leaders Summit this week, please click here.