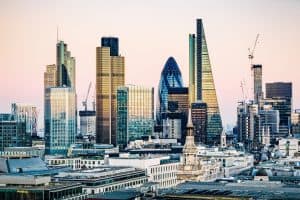 German private and institutional bank Berenberg has appointed Jason Rand as its new global head of electronic trading and distribution.

Formerly global head of execution services at Geneva-headquartered Mirabaud Securities, Rand took on the new role with Berenberg on 12 August, based in London.

Rand will lead the expansion of Berenberg’s electronic equities trading operations, building out from its historic high-touch focus to offer a more viable and varied low-touch trading offering to institutional investors.

“In an ever-evolving world with regards to equity execution, I’m excited to strengthen our electronic trading offering by hiring and building a team around Jason Rand in London,” said David Mortlock, head of the investment bank at Berenberg. “Working alongside our traditional strength in high touch trading, with Jason and team we can provide our institutional clients a broader execution service going forwards.”

Having spent nearly four years with Mirabaud Securities in London, Rand also held prior positions with brokerages Cowen (previously ConvergEx), as global head of electronic trading, and G-Trade, as head of Asia-Pacific trading based in New York.

“Berenberg is entering another exciting chapter of its accomplished history, and I am pleased to be a part of their ambitions to expand their electronic footprint in the equities space,” commented Rand on his new role.